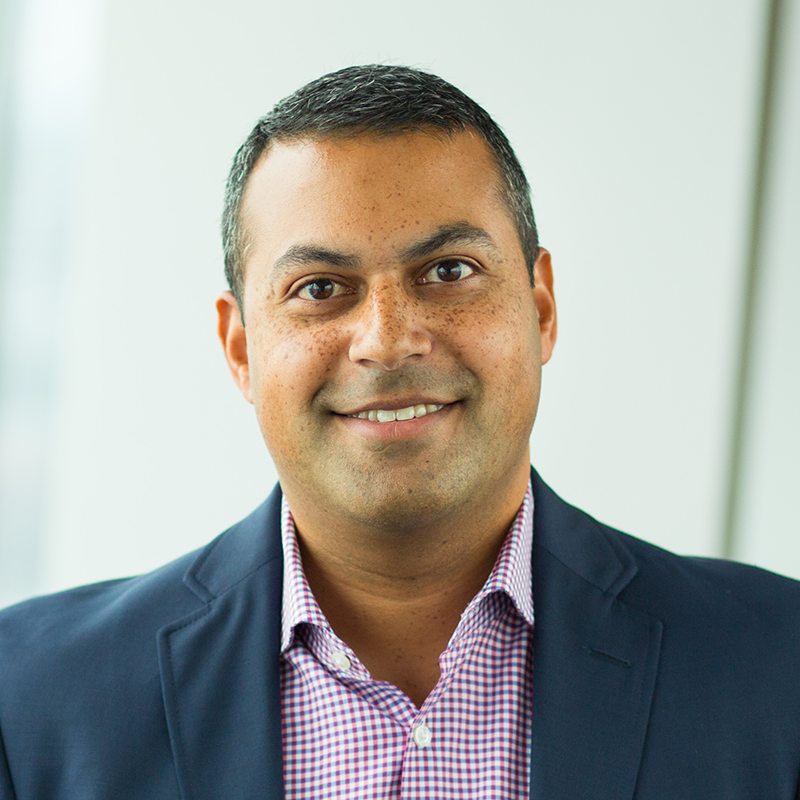 Sasank Aleti leads LLR Partners’ investments in the Healthcare, Benefits and HR Technology sectors. LLR Partners is a lower middle market private equity firm that has raised over $5 billion across six funds. Sasank serves as a Board Director at a number of growth companies in the healthcare and technology sectors, including Azalea Health Innovations, CareATC, Corestream, Eye Health America, Health Recovery Solutions and Quantum Workplace. Prior to joining LLR, Sasank worked in investment banking at UBS. Sasank earned a B.S. from New York University and an M.B.A. from Harvard Business School. 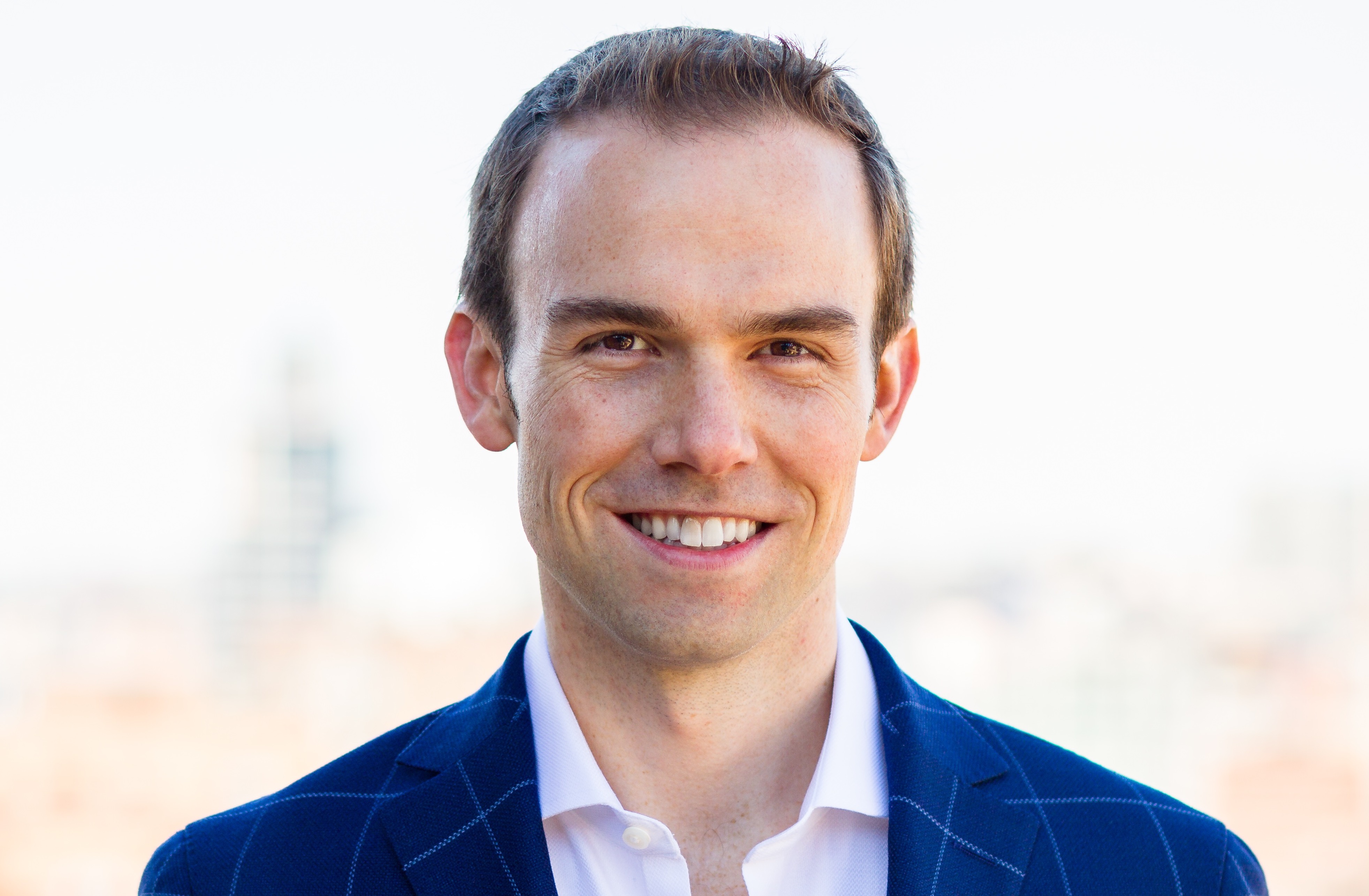 Preston Brice is a Partner with Grant Avenue Capital and has spent his career focused on the healthcare services and HCIT sectors. Prior to Grant Avenue Capital, Preston was a Managing Director with MBF Healthcare Partners, which is a middle market healthcare-focused private equity fund. At MBF, Preston served on the Board of Directors for Carisk (Behavioral Health/ Catastrophic Care Management), Acorn Health (Autism Services in Home and Clinic), Strive Dental Management (Dental Service Organization), and Affinity Hospice.

Prior to MBF, Preston was with Apple Tree Partners (“ATP”), a $1.5 billion healthcare focused growth equity fund. During his time at ATP, he served as the interim CEO and a board member at Cure Forward (precision medicine technology platform) in addition to being actively involved with Clean Slate Addiction Treatment Centers, TripleCare (telemedicine for SNFs), and QualDerm Partners (dermatology practices). Preston has held other roles in private equity and investment banking (both M & A as well as leveraged finance) including time at The Beekman Group, a middle-market private equity fund, and CIT Group, a middle-market investment bank. 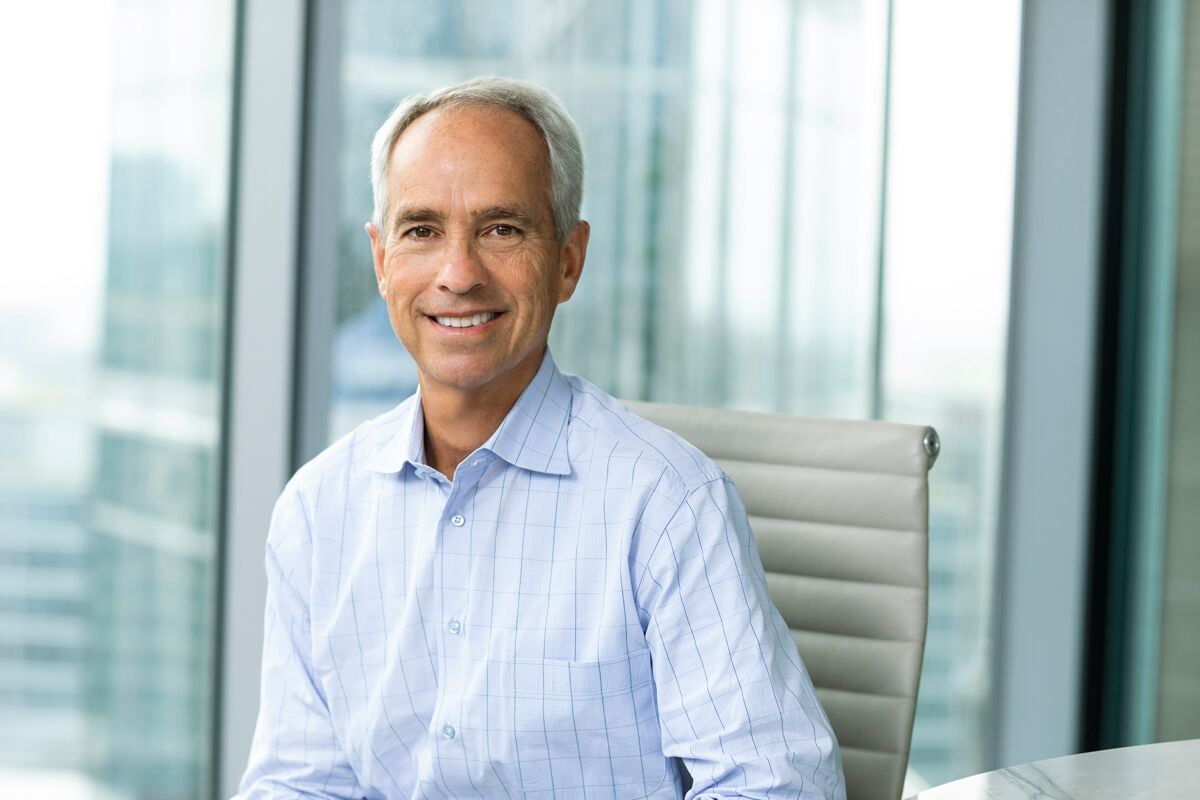 Steve Cosler offers a unique combination of senior management and operational experience in specialty pharmacy, specialty distribution, outsourced payer services and technology. Prior to Water Street, he was president and chief executive officer of Priority Healthcare Corporation, a Fortune 1000 company that distributed and managed biopharmaceutical therapies. Steve helped lead the company’s successful initial public offering, as well as strategic initiatives that contributed to its robust growth and ultimate sale to Express Scripts. He also held executive positions with CoreSource, Inc., one of the nation’s largest third-party administrators of employee health benefits. In addition, Steve achieved a distinguished career with IBM Corporation. Steve serves as chairman of National Retail Properties, Inc. (NYSE: NNN) and as lead director of Southern Scripts. He also serves on the boards of EBMS, ELAP Services and Eversana. Among his civic contributions, Steve founded and serves as chairman of the board of Elevate Indianapolis, an organization teaching values, leadership and life management skills for the advancement of urban youth in Indianapolis. He received a bachelor’s degree in industrial management from Purdue University. 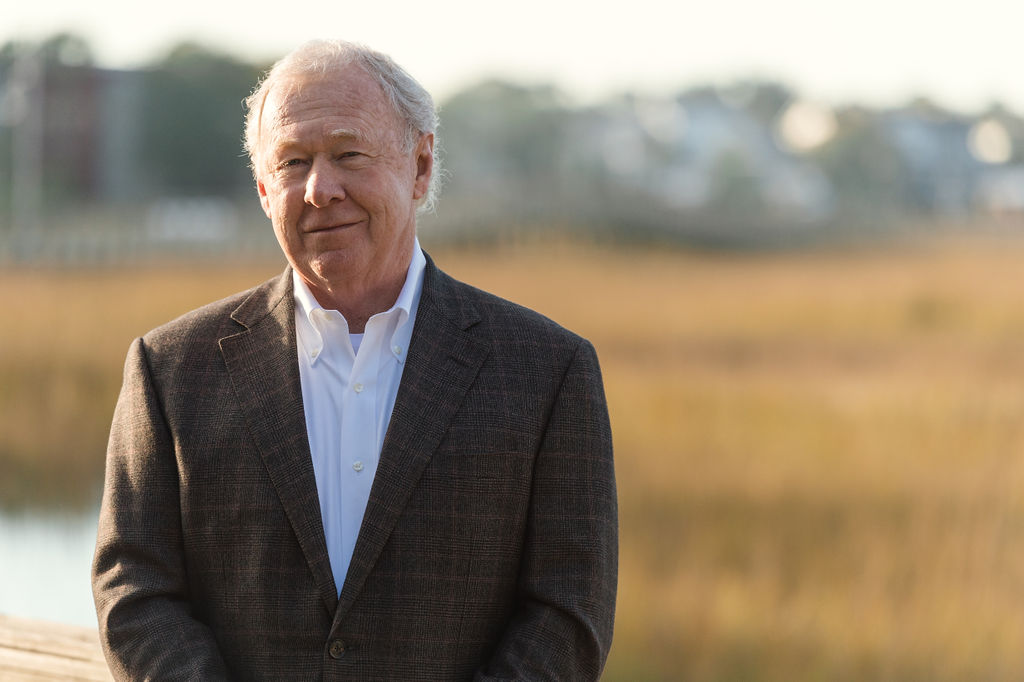 Prior to joining Ansley Capital, Spike owned and operated a consulting business working with small to mid-size healthcare companies, providing strategic, operational and business development services, including serving on the Boards (often as Chairman) of the portfolio companies of several venture capital groups.

Before launching his consulting business in 1998, Spike worked in a series of senior executive roles that began when he founded Burgett & Dietrich (B&D) in 1985, and served as its CEO. B&D was a pioneer in the development of fully integrated community delivery systems, serving the needs of large self-funded employers.

From 1985 until 1992, Spike and B&D developed and managed over 140 managed care networks in 33 states, representing over 40 of the Fortune 500, including Emerson Electric, Whirlpool, Kellogg, Campbell Soup, Weyerhaeuser, and Georgia Pacific. To support the management of these networks B&D developed a Third Party Administrator (TPA), a population health management subsidiary, a workers compensation subsidiary, and a data integration/data warehouse subsidiary designed to provide decision support data analytics.

In 1992, Spike merged B&D with a number of independent TPAs owned by a major private equity firm, and created CoreSource, one of the largest TPAs in the country with 24 offices and 1500 employees. Spike served as the COO of CoreSource, and continued to lead CoreSource’s managed care efforts.

Prior to founding B&D, Spike spent 11 years with Baxter Healthcare Corporation, which he joined in 1974. At Baxter, Spike developed and implemented a workers’ compensation management program, developed and taught labor relations training programs to all domestic manufacturing facilities, and developed and implemented a community-based managed care program for Baxter’s domestic manufacturing facilities which replaced the existing employee benefits program.

Before joining Baxter, Spike spent five years as a pilot in the United States Marine Corps. Spike holds a BA from the University of Arkansas and a Commercial Pilot’s License. 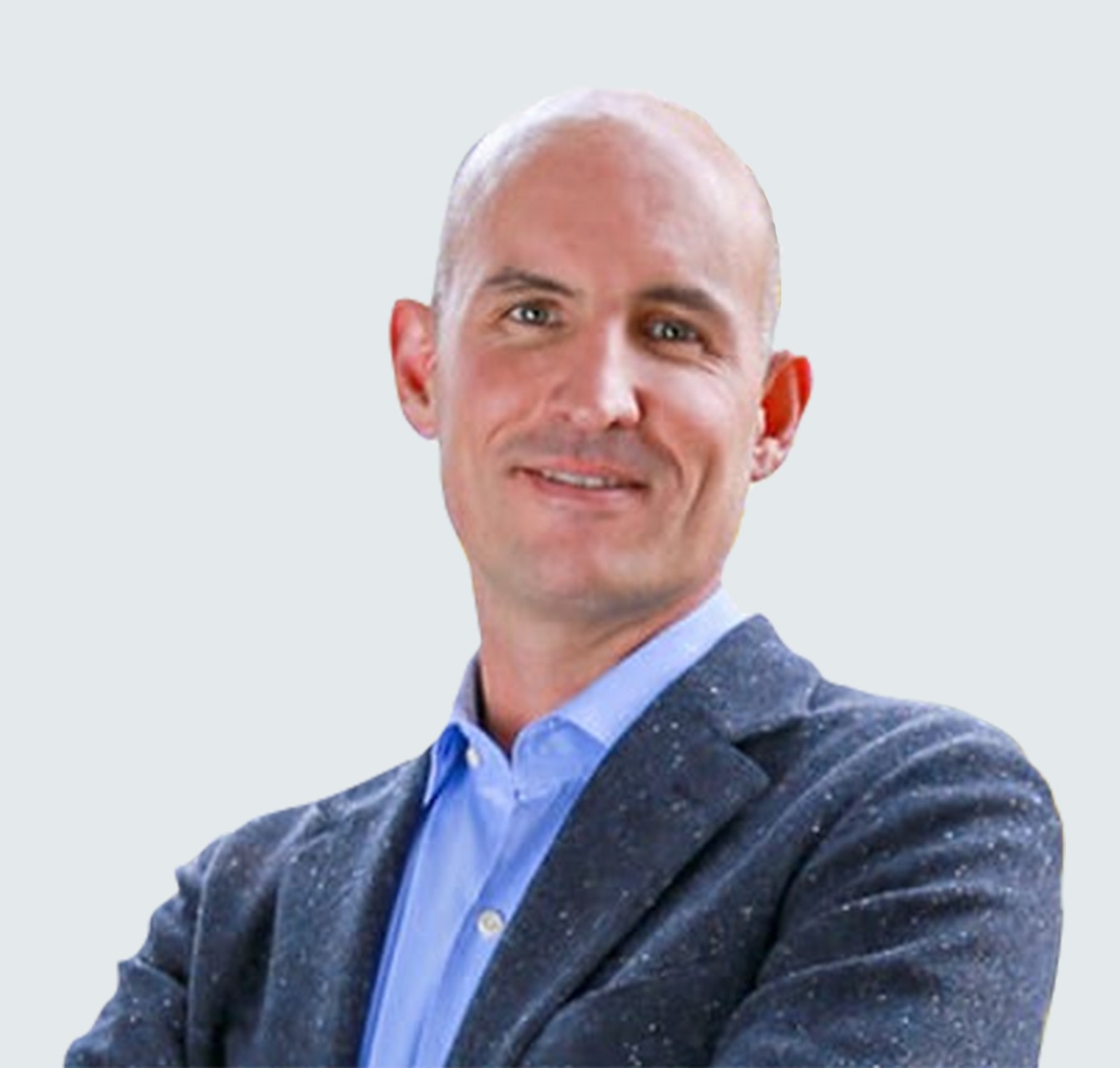 Grant Jackson is Managing General Partner of Council Capital, a healthcare-focused private equity firm based in Nashville, TN, which he joined in 2009. Grant has focused entirely on private equity investing in the healthcare services and healthcare IT sectors since 2001. Prior to joining Council, Grant led healthcare services and healthcare IT investing for The Aurora Funds and First Analysis Corporation. He began his career with Accenture helping companies evaluate and integrate acquisitions, following which he graduated with distinction as a Siebel Scholar from the Kellogg School of Management.

Steven is a founder and the Managing Partner of TAG Financial Institutions Group, LLC. He has over 35 years of financial, operational, regulatory and transaction experience within the banking, securities and insurance industries and has completed close to 200 transactions.

Prior to founding TAG Financial Institutions Group, Steven established the Financial Services Group of Allegiance Capital Corporation where he contributed and continued the practice, he built at Pfife Hudson Group and Hales & Company, both New York-based investment banks focused on the financial services and insurance industries.

Steven’s operational experience includes two distinct terms as a Chief Financial Officer — one as CFO and Treasurer of Tower Group, Inc., a property and casualty insurance carrier, and another with OTA Limited Partnership, a securities broker-dealer where he was involved in the acquisition and financial management of the firm’s broker-dealer, savings and loan and insurance companies.

Steven currently serves as the Vice Chairman and Lead Independent Director of the Board of Directors of Maiden Holdings, Ltd., a public Bermuda Reinsurer. He was formerly a board member of ARIS Title Insurance Corporation and Tower Insurance Company of New York. Steven is a Certified Public Accountant in New York and is a FINRA licensed General Securities Principal, Financial and Operations Principal and Investment Banking Representative. 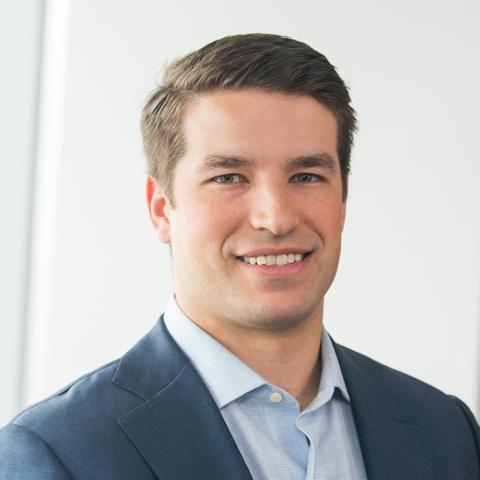 Peter Schwartz is a Vice President at LLR Partners, a lower middle market private equity firm investing in technology and healthcare businesses, where he supports the firm’s efforts in the employer and payer sectors. Prior to joining LLR Partners, Peter spent nearly 4 years at FS Investments where he managed middle market credit investments. Peter graduated from Harvard University with a degree in economics and secondary in psychology. 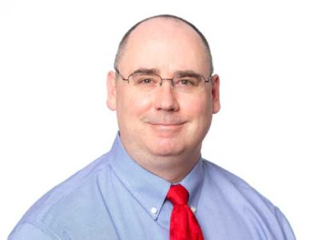 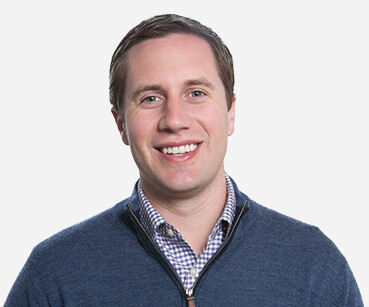 Chris Wenner is a managing director of Carrick Capital Partners where he is involved in all areas of the firm’s investing activities and a member of the firm’s investment committee. He leads the firm’s thematic sourcing effort focusing on healthcare, cyber security, and infrastructure software.

Chris works with the CEOs and executive teams of the firm's portfolio to assist these companies in navigating growth opportunities and increasing long-term value. He is an active board member or observer of several Carrick portfolio companies including Saviynt and Renalogic. Chris was involved in the firm’s past investments in InstaMed (acquired by JP Morgan), Discovery Health Partners (acquired by MultiPlan), Accolade (public), Bay Dynamics (acquired by Broadcom), and Complia Health.

Prior to joining Carrick, Chris worked at Perella Weinberg Partners, where he focused on mergers and acquisitions, and private capital transactions in the technology industry for clients including Oracle, Google and Hewlett-Packard.

Chris graduated from the University of California with a BA in economics.